In the basement of their Chicago home, John and Leona Finney started The Finney Company in 1960. With John’s 20 years of experience as a salesman for Autopoint Pen & Pencil and as national sales manager for Industrial Jewelry Manufacturing, The Finney Company quickly established itself as the premiere advertising specialties company of northern Illinois.

Twenty years later, the Finneys’ son-in-law Brian Bitcon joined the sales and management team as a salesman, where he developed into one of the top salesmen and account managers in the company’s history. Brian was promoted to vice president of sales and The Finney Company's sales volume reached the top 3% nationally in the advertising specialties industry.

In 2017, Michelle Bitcon (third generation) was established as the new president of The Finney Company. Michelle grew up in the family business, and has now taken the majority ownership of the corporation. She looks forward to continuing the family tradition. 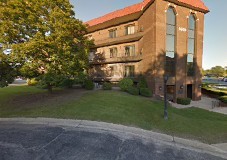